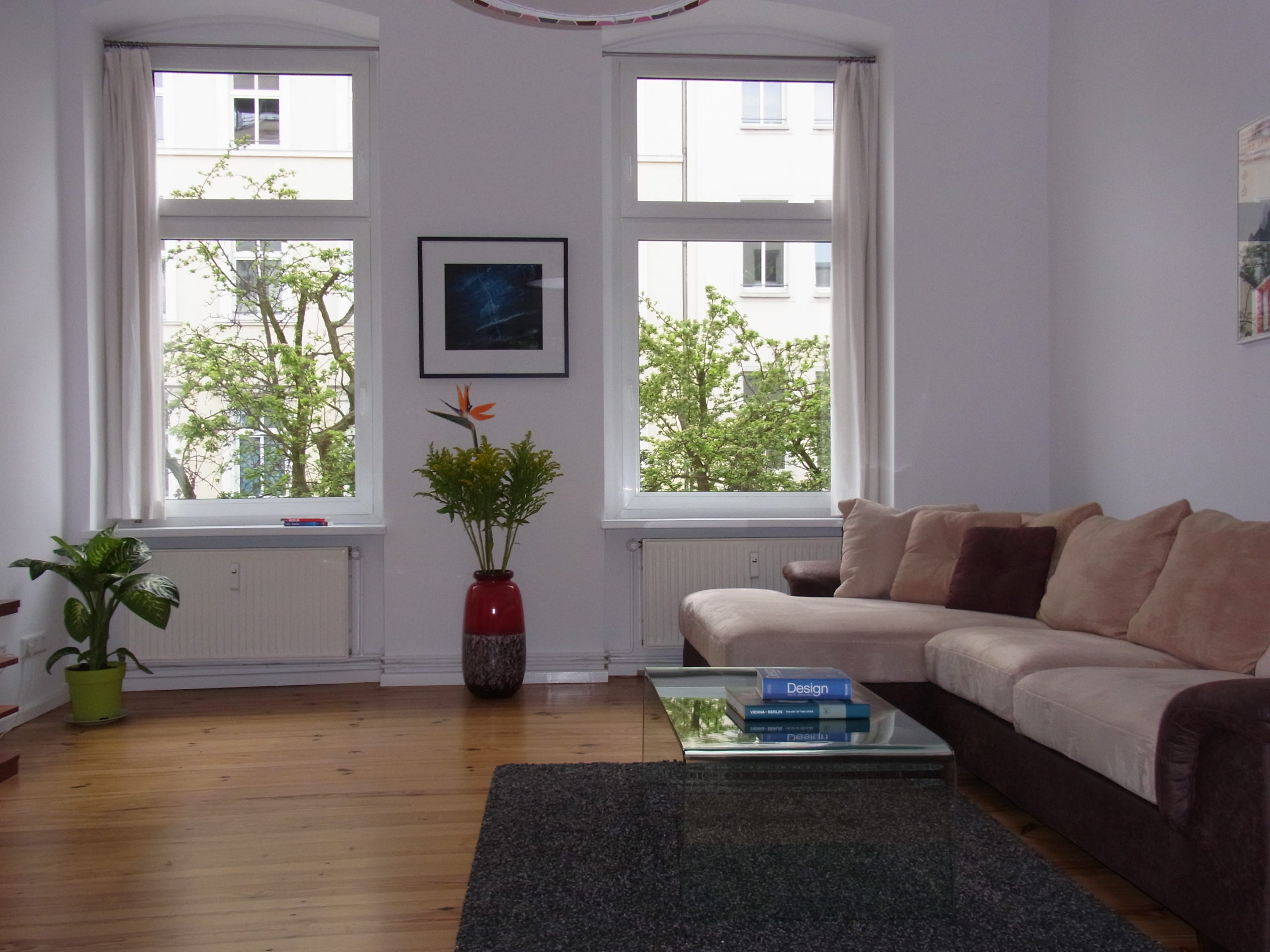 The Mitte district of Berlin, which adjoins Kreuzberg to the north, comprises most of Berlin’s historic districts and thus the core area of old Berlin. In the Nikolaiviertel, for example, you can still see what Berlin must have looked like before the war. The Checkpoint-Charlie, Friedrichstraße and the boulevard Unter den Linden are mainly hotspots for tourists. In the various residential areas, which alternate between luxury and the traditional Berlin, families, old-established residents, and artists live alongside celebrities. Important: the name “Mitte” in german is always used without article!

The main line of the S-Bahn runs through Mitte and the stations Alexanderplatz and Friedrichstraße are among the most frequented transfer stations in Berlin. The underground line U5 connects Mitte with the eastern districts of Berlin. The Brandenburger Tor, Berlin’s landmark, is the former customs gate – here you can see where the original city border was. The Spree River and the Museumsinsel form the center of Mitte and the Fernsehturm on the Alexanderplatz, which is 368 metres high, can be seen from everywhere.

Apartments in Mitte are often rare and usually very luxurious. Here you can find Berlin’s most exclusive bars, restaurants and clubs, but also impressive sights such as the Berliner Dom or the Berliner Stadtschloss, re-built as the Humboldt-Forum. Especially the area around Rosenthaler Platz is trendy, stylish and lively. Whether shopping in Weinmeisterstraße, a stroll through the Hackschen Höfe, a visit to the famous Humboldt-University or a beer in a pub on Rosenthaler Platz – living in Mitte means a unique mixture of creative atmospheres, parties and busy seriousness. And there’s plenty of culture to keep you busy too: the Volksbühne, the Berliner Ensemble, the Maxim Gorki Theater and the Deutsches Theater are all located in Mitte. The world famous revue theatre Friedrichstadt-Palast is the largest theatre stage in the world. The Berlin99 tip: the Böse Buben Bar at Marienstraße.

East Side Gallery:
10 minute drive or 15 minutes by public transport

Please let us know a little about your apartment, what service model you prefer and if you have any intitial questions. Kindly let us know a good time for us to call and we will be in touch shortly.

Please tell us how we can assist, describe what you're looking for or what you need, and we'll get in touch.